With his wedding to Katy Perry on the horizon, English Lord of the Rings actor Orlando Bloom is selling the house he bought in Beverly Hills after an extensive renovation. He had planned on living in the home as Hollywood’s #1 bachelor pad, before he proposed to Perry on Valentine’s Day. Though there is much speculation about when and where the marriage will take place, neither the date nor location has been announced and Bloom, 42, has now put his house on the market, priced at $8.99 million. Located on “Billionaires’ Row” with stunning views over the city and ocean, the 4,011-square-foot, four-bedroom, four-bath contemporary exemplifies the indoor-outdoor living that characterizes the celebrity lifestyle up and down the California coast. The wide sweep of the open floor plan, sliding walls of glass and lightly defined living areas supply Hollywood drama from its sunken living room conversation pit with views of the zero-edge pool and spa, outdoor dining and conversation areas. All in sparkling white from walls to furniture, the house is a perfect setup for art collections and of a size to entertain on an intimate or large scale. 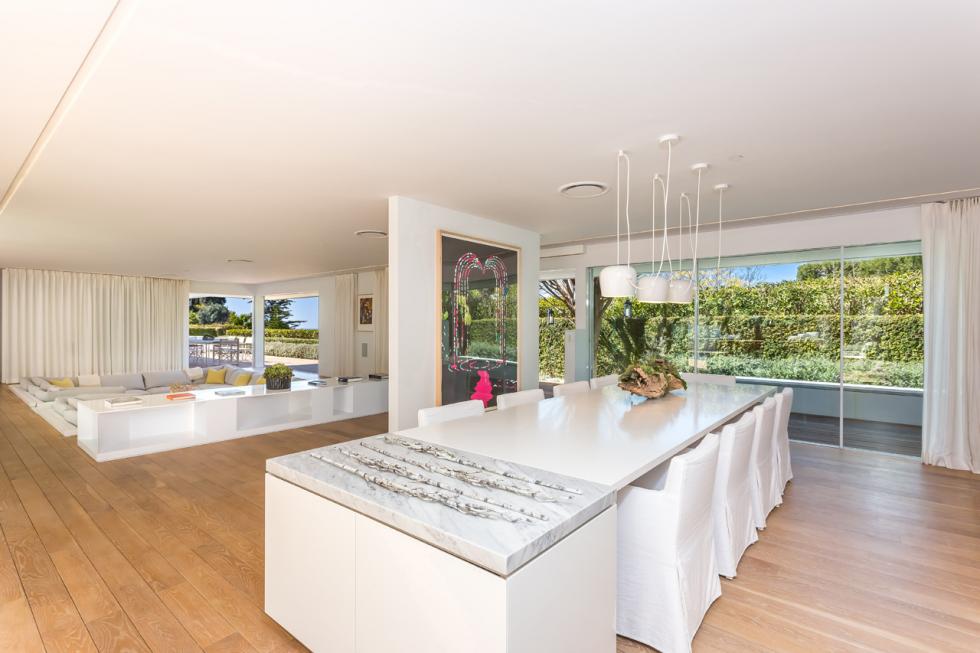 Built in the 1960s, Bloom added a new pool and reinforced it with caissons installed 50-feet underground. He also added wood decking, built-in seating, LED lighting, a romantic fire feature behind the pool and reconfigured the kitchen to open to the dining room. The master bath opens through a sliding glass to a private walled deck that invites au naturel sunning. The post In need of a house? Orlando Bloom is selling his Beverly Hills bachelor pad appeared first on Capital Lifestyle.

1 thought on “In need of a house? Orlando Bloom is selling his Beverly Hills bachelor pad”